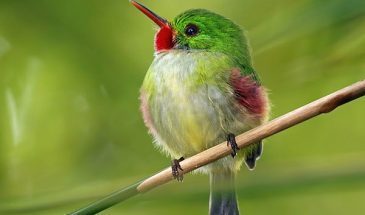 Endemics in the forests and hummingbirds in the gardens. This is an Anytime trip for two or more people at a time of your choosing.

One of the larger Caribbean islands, Jamaica holds more endemic species than neighbouring Cuba. The majority of these are easy to find, and, indeed, can even be found in hotel grounds. On the trip, we should be able to find all the endemics and many localised Caribbean species.

Near the airport, we should see Brown Pelican, Magnificent Frigatebird, Royal and Forster’s Terns and several shorebirds.

From here, we will visit areas in the Blue Mountains for some of the more scarce species, including Jamaican Owl, Jamaican Poorwill, Plain Pigeon, Jamaican Phoebe, Crested Quail Dove, Jamaican Becard, Large Jamaican Elaenia, Sad Flycatcher, Jamaican and Blue Mountain Vireos and, with luck, Jamaican Blackbird. Yellow-billed and Black-billed Amazons can both be seen.

We can also visit the John Crow Mountains, which are the best spot for Jamaican Blackbird, and also good for Jamaican Crow and both Amazons, and, in the right season, we can visit a nesting site for White-tailed Tropicbird.

It is also possible to visit the dry woodlands of Hellshire to look for the localised race of Bahama Mockingbird. 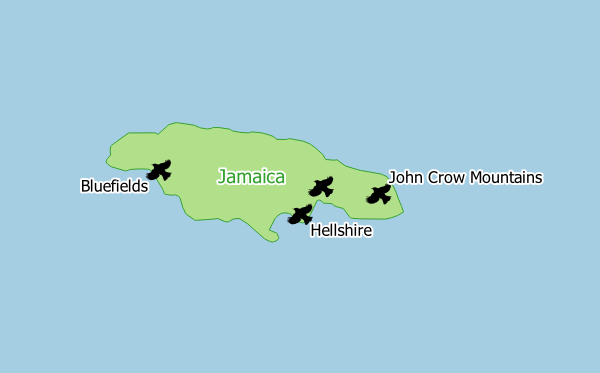